You are here : HOME > NEWS > NMBS-SNCB new headquarters are on the way in Brussels South station district 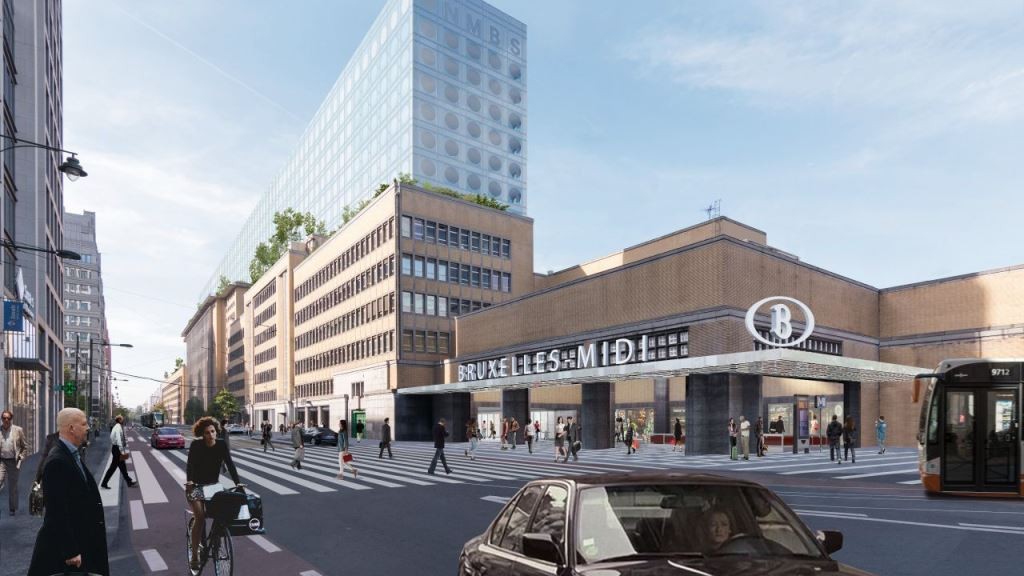 The permit request for the new SNCB headquarters at the South Station in Brussels has been lodged with the authorities. Construction should start in early 2022 with the aim of bringing together, by the end of 2024, more than 4,000 SNCB and HR Rail employees on this site. The architectural project by the team of architects led by OMA and including JaspersEyers and Assar, schedules the retention of all three existing buildings on the Avenue Fonsny with the addition of a parallel extension on the tracks side. This new headquarters will add to the existing 30,000 m² to reach a total surface area of 75,000 m².

At the end of February, the SNCB board of directors designated the consortium which is going to build their new headquarters. It is made up of Besix, BPC-BPI and Immobel. Engineering bureau Greisch is also on board for this key project within the redevelopment of the Brussels South Station district. The new building will have an entirely metallic structure which will provide total coherence with the architecture while respecting the specific characteristic of the site.

The building of the new NMBS-SNCB headquarters at Brussels South Station clearly demonstrates the public companys real estate strategy. Station districts have a great deal of potential that they want to activate. They must become new living districts where as many people as possible can live, work and shop. Projects around stations have therefore become a must for real estate developers.