Boldness and imagination for MIPIM 2018's opening next week 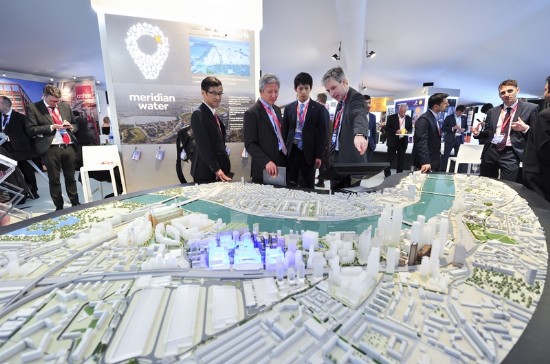 Mipim has just announced a forward-looking theme for this years show, with an unexpected and exciting speaker. Summing this up, Ronan Vaspart, head of Mipim markets, explains: Boldness and imagination are our keywords for Mipim 2018. We want to shake up things by giving the floor this year to a representative of the younger generation who can provoke property professionals and make them think. I hope that this will start a dialogue between the people who build todays and tomorrows cities and those who live in them

Mipim has therefore invited Adora Zvitak, 20, a young American writer and lecturer engaged in the cause of young people, to speak at the opening conference at 2pm on 13 March 2018, challenging property professionals about tomorrows cities and urging them to pay attention to the expectations of the younger generation. Following her speech, Adora Svitak will moderate the Thinkers & Leaders panel on 13 March 2018 at 3pm. The panellists include representatives from several international organizations such as Alexander James, Director, City Finance Program of the C40 Cities Climate Leadership Group, Debra Mountford, Project Manager at the OECD, and Ronald Lenz, Director of Human Cities Coalition, a Dutch organisation bringing together public and private partners to make cities more sustainable, inclusive and resilient. Together they will discuss the subject of writing new urban rules.

Organisers Reed Midem have also announced that the central theme for Mipim 2018 will be Mapping World Urbanity. The expansion of urban areas, says Reed Midem, is redrawing the world map, helping to reposition cities  rather than countries  as economic powers. The 29th edition of MIPIM will therefore explore the future of urban living and how these changes will affect the strategies of the property industry.

According to the United Nations, the world population is set to reach 8.5 billion by 2030 and 9.7 billion in 2050. By 2050, 60% of the worlds population will be urban-based, with a rising life expectancy. Over the next 15 years, 60% of the population will be classified as middle class with higher incomes but also higher expectations, while 91% of the growth in world consumption will come from city-dwellers. The major challenges for property professionals, both public and private, will be how to cope with this growth in city populations and offer housing, offices and leisure for all, while meeting the new expectations of these people in terms of services, mobility, infrastructure and sustainability.

The MIPIM conference programme will explore this chosen theme by posing the following three questions: How will we live in cities in 2030/2050?
What will the new rules for investment and property development be in a world dominated by cities? What are the best strategies for building future cities in a globalized world?

And of course the Belgian interest in the 2018 Mipim Awards is again substantial. The finalists in the 11 categories of the Awards have been announced, froma record number of 227 applications, from no less than 55 different countries.

Antwerp Port House, by Zaha Hadid Architects, is named in the Best Refurbished Building category, while Rive Gauche Charleroi) will be competing in the Best Shopping Centre category. This is a Saint Lambert project, again designed by DDS+.
Realestate
Tim Harrup
06-03-2018