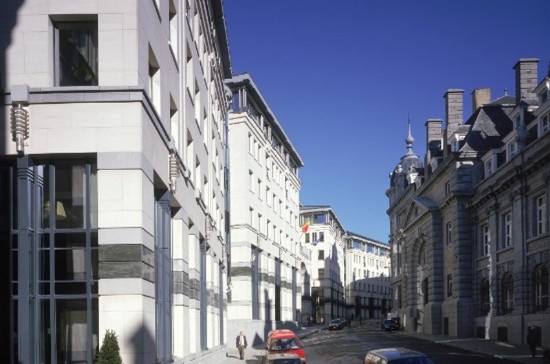 Cofinimmo has announced that it has signed a private agreement with Egmont Luxembourg SARL, by which the latter is granted, under certain conditions in line with market practices, a 99-year leasehold on the Egmont I and II office buildings, located in Brussels. Egmont Luxembourg SARL is an investment vehicle set up by a South Korean financial institution.

The leasehold is granted in exchange of the payment to Cofinimmo at the signature of the deed of a first fee of 369.54 million EUR (i.e. close to 7,000 EUR/aboveground m²), excluding registration rights, a figure above the fair value of the assets on Cofinimmos balance sheet at 31.12.2017, plus the price paid to buy back the lease receivables. The current rent stands at 16.7 million EUR. The first fee thus corresponds to a gross rental yield of 4.52 %. Taking into account the estimated rental value of the assets as determined by an independent real estate expert, the gross rental yield stands at 3.30 %.