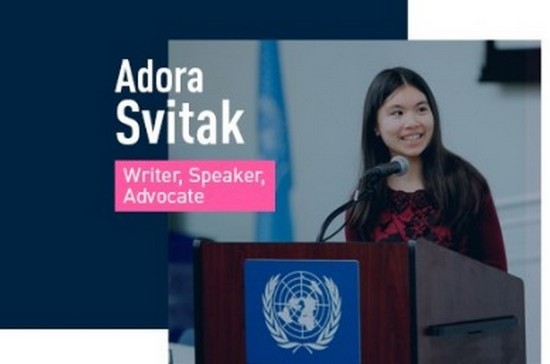 Mipim has just announced a forward-looking theme for this years show, with an unexpected and exciting speaker. Summing this up, Ronan Vaspart, head of Mipim markets, explains: Boldness and imagination are our keywords for Mipim 2018. We want to shake up things by giving the floor this year to a representative of the younger generation who can provoke property professionals and make them think. I hope that this will start a dialogue between the people who build todays and tomorrows cities and those who live in them

Mipim has therefore invited Adora Zvitak, 20, a young American writer and lecturer engaged in the cause of young people, to speak at the opening conference at 2pm on 13 March 2018, challenging property professionals about tomorrows cities and urging them to pay attention to the expectations of the younger generation.

A child prodigy, she published her first book at the age of eight. In 2010, when she was just ten, she hosted a TED conference What Adults can Learn from Kids, attracting 5 million viewers online. She explained that the world needs 'childish' thinking: bold ideas, wild creativity and especially optimism.

In 2013, she participated in the Youth Forum of the Economic and Social Council of the United Nations alongside Secretary-General Ban Ki Moon, encouraging young people to change the direction of history with daring and imagination. On this occasion, the Secretary-General himself, in his opening speech, told participants at the Economic and Social Council (ECOSOC) Youth Forum in New York, that he was calling on young people to be part of creating a new vision. It is not only about telling us what kind of world you want. It is about partnering with us to realize a better future

Following her speech, Adora Svitak will moderate the Thinkers & Leaders panel on 13 March 2018 at 3pm. The panellists include representatives from several international organizations such as Alexander James, Director, City Finance Program of the C40 Cities Climate Leadership Group, Debra Mountford, Project Manager at the OECD, and Ronald Lenz, Director of Human Cities Coalition, a Dutch organisation bringing together public and private partners to make cities more sustainable, inclusive and resilient. Together they will discuss the subject of writing new urban rules.