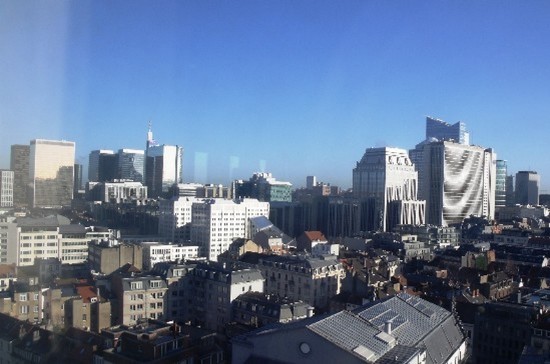 Cushman & Wakefield has been looking at what the Brussels real estate market can expect in 2018. Where take-up is concerned, the level of 390,000 m² it registered in 2017 was slightly down on the previous year, but Cushman expects to see an increase in 2018. As Head of Research Cedric Van Meerbeeck explains, however, the years of 450-500,000 m² of take-up are definitely behind us, and something short of 400,000 m² is likely to be the new norm, even if a handful of substantial transactions could cause a peak from time to time.

And 2018 may fit into this context. The SNCB is set to construct a new 60,000 m² building alongside South Station, the Brussels Capital Region may follow the example of Brussels City and build itself a landmark administrative centre in the heart of Brussels. The European institutions are dragging their heels, but may finally decide on a 20,000 m² conference centre and a further 50,000 m² of offices. Cedric Van Meerbeeck believes that although there has been talk of the EU moving into other districts, the likelihood is that these new offices will remain in its traditional heartland, the Leopold District.

For the first time in some years, the market is also set to see the arrival of a substantial amount of speculative space in 2018, including The One (30,000 m² and which failed to attract a Brexit-inspired relocation from London), Belliard 40 (18,000 m²), Manhattan Centre redevelopment (40,000 m²) And more are scheduled for the following years. The Flemish administration is also to follow its recently constructed Herman Teirlinck at Tour & Taxis, with another 60,000 m² construction in the North District. This is one of the factors in the regeneration of the North District, with the arrival of Allianz and Beobank, the delivery of the Manhattan Centre, works on the Regina Tower and Phoenix, the redevelopment of WTC I and II

What concerns Cushman, nevertheless, is the fact that the number of transactions is falling. It was around 350 in 2017, 14% down on 2016 and the lowest level since 2011. This indicates a decreasing number of companies/associations willing to transact, whatever the size of the property in question.

Rents up, yields down

Moving on to the financial side, Cushman confirms that prime rents have hit  305/m²/year, and believes this figure may climb as high as  325 by the end of 2018. Despite this, prime yields are continuing to compress, and Cushman believes they could reach just 3.6% for triple A buildings and only 4.25% for shorter lease term buildings. Investment in Brussels real estate is expected to be around 1.5 billion Euros again this year. International investors continue to target the big hitters like London, Paris, Frankfurt, but see Brussels as an interesting alternative, provided everything is in place for the transaction. And in a market which totals 1.5 billion Euros, very large transactions are currently the exception.