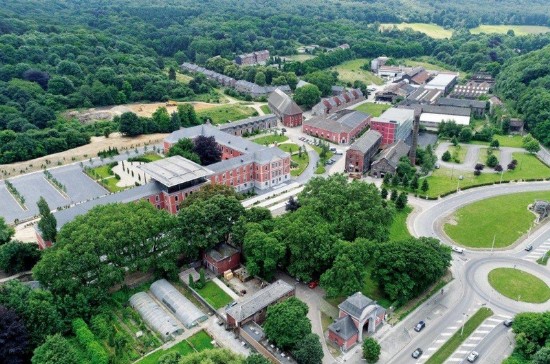 The Val St. Lambert site is set to become the setting for seminars and conferences. The sites owners have signed an agreement with French company Châteauform, which specialises in the organisation of these types of events in prestigious properties such as chateaux. The French group already has around 60 of these properties in its portfolio, and turns over 200 million Euros. As reported by newspaper LEcho, and relayed by the RTBF, major clients of the company are already located in Brussels, including those of the banking sector. By adding the Val St. Lambert site to its offering, the sources report, more clients from the Euregio (the region located around the triple Belgium/Germany/Netherlands border) will be able to be attracted to Châteauform events.

Pierre Grivegnée, whose experience includes managing the development of Médiacité in Liège for Wilhelm & Co. and who is now heads Cristal Discovery, the owners of Val St. Lambert, is quoted as saying: The outlook is evidently to become one of the largest seminar centres in Wallonia. This will clearly mean giving an international aspect to the Val St. Lambert site and attracting clients from the Euregio, which we didnt have before.

The site will in time have 20 seminar rooms, which will require an investment by Châteauform of over 1.1 million Euros, in fit-out, decoration and technology.
Realestate
Tim Harrup
12-12-2017