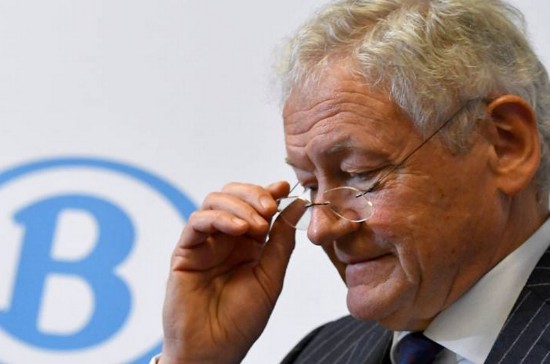 Federal Mobility Minister François Bellot is continuing to try and ensure that the SNCB provides value to the people of Belgium. He has already been quite vociferous on the subject of the infamous RER saga, and now it is the property holdings of the national rail company which have attracted his attention.
In an interview given to respected real estate journalist Philippe Coulée for Belgian newspaper LEcho, François Bellot confirms that he is having an inventory carried out by PwC, to find out exactly what the value of these holdings is, with a view to a potential sale of those properties which are not of use to the SNCB.

LEcho points out that the SNCB is in fact nothing less than the largest Belgian public land owner. It possesses 1,774 buildings located on a gross surface area of over 2 million square metres, along with 14,530 parcels of land which have not been built totalling around 5,800 hectares  or 58 million square metres. To put this into some form of context  even if we are not comparing eggs with eggs in this exercise  this total of some 60 million square metres of land is more than four times as much as the constructed space which makes up the entire Brussels office market.

In terms of where these properties and sites are located, and of what can be done with them, François Bellot is quoted by Philippe Coulée as saying: Where the non-industrial buildings are concerned, we will in the first instance look to the communes in which they are located. It is up to the local authority to decide whether it wants to turn them into a crèche, a tourist agency, a communal service And if there is no interest from the public authority, we will then look to the private sector. And he goes on to point out that a good part of the historic holdings of the SNCB are located on land upon which construction is authorized, in the three Regions: And if we are to make best use of these strategic urban zones, with the local authorities and the private sector, it will not be to create business parks on these sites which are, for the most part, located close to stations. We will give priority to mixed use projects which do not create a noise problem. Given the needs in terms of housing and mobility, this is a necessity.

One of the zones around a railway sta tion which is most in need of rehabilitation is, of course, Brussels South Station. A number of obstacles have been holding this up for many years. In an interview with ourselves some time ago, for example, Brussels Master Architect Kristiaan Borret had this to say of the lack of activity: This is partly due to internal political discussions between the Brussels communes and the Region. But it is also largely due to problems between the SNCB and its project development company, Eurostation. This company is restructuring and times are not as good as before. Investment in the station, and a relocation of the headquarters of the SNCB would change the look of the area, and free up some land to the rear of the station, Rue de France. The front side of the station, Rue de Fonsny, could then be regenerated. But the railway operator is lagging behind, and we are waiting. These unused buildings on the Rue de Fonsny are therefore a very good example of what François Bellot is trying to do.

In concrete terms, PwC is now carrying out the audit/valuation, and is expected to report by the end of this year. It will make propositions as to how the sites can be best used, taking into account the political, legal and economic factors allied to the various sites.
Realestate
Tim Harrup
01-12-2017