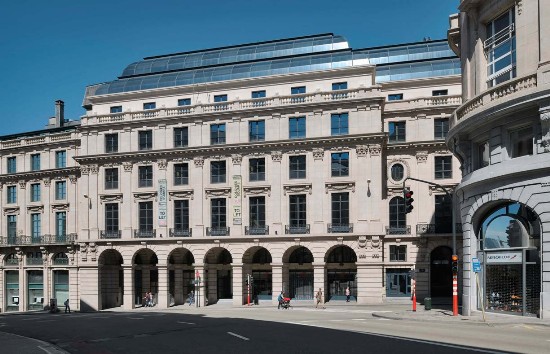 As the move towards flexible working arrangements continues, Tribes Inspiring Workplaces has announced that it will soon open its fourth Brussels location in the centre of the city, in the monumental building at 48-56 Rue des Colonies. This move comes after the recent announcement by Befimmo and Silversquare that they are to open a number of new co-working spaces under the name Befimmo@Silversquare.

The fourth location for Tribes in Brussels, (the transaction negotiated by Cushman & Wakefield as was the opening in PassPort at Brussels Airport), is stated to be a direct response to the increasing demand for inspiring meeting places in Belgium.

Explaining the desire for this type of workspace, Cushman & Wakefield says that the Belgian business world still has an appetite for face to face meetings, and there is a great need for an inspiring place to meet each other. Tribes already serves the national and international market in Brussels with three existing locations.

Since the launch in May 2015 Tribes has opened 15 locations in the Netherlands, one in Germany and four in Belgium. Chief Executive and founder of Tribes, Eduard Schaepman indicates that the focus will be on the Benelux rollout in the coming year: The startup market in Belgium is growing and theres an increasing demand for inspirational workplaces. In addition to the young entrepreneurs, corporate companies are also looking for more flexible workplaces. Were happy to provide them with their needs, and we expect to be able to realize a lot of locations in Brussels.

Passport and Colonies will both open for business in 2018.