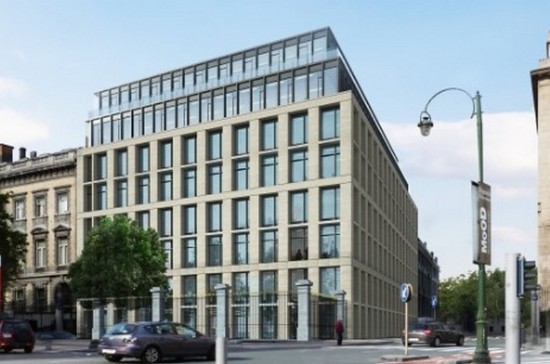 Prime rents in Brussels have finally broken through the  300/m²/year threshold for good, according to real estate advisor JLL. The broker says that the take-up of Regent Park (Bld. du Régent 35) at a sum in excess of this figure by Facebook, is not an isolated case, and that other negotiations above  300 are underway.

Talk of breaking through this barrier has been ongoing for more than a decade, but apart from a handful of square metres here and there, it never came to pass. Over recent years, indeed, prime rents had tended to recede slightly, so what has changed now? Pierre-Paul Verelst, Head of Research at JLL, explains: This rise is logical. There is constant demand for office space in Brussels and this demand is principally, if not exclusively, for high quality recent buildings. And as there are very few speculative deliveries, an increase in rents is inevitable. His colleague Erik Verbruggen, Head of Office Agency, says that landlords still have to be creative, however, in order to persuade potential tenants not to simply renegotiate rents in their current buildings.