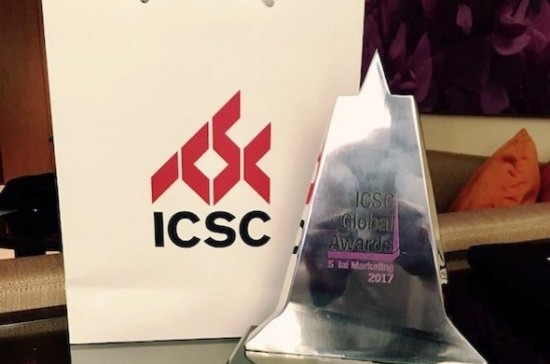 There have been two prestigious awards won by Belgian shopping centres at the Solal Marketing Awards, organised during the International Council of Shopping Centres (ICSC) European marketing Conference in Vienna a few days ago. The competition attracted around 230 candidates from 30 European countries plus South Africa.

As the name marketing suggests, these awards are not for architecture, environmental-friendliness or other of the more traditional topics, but for marketing events held in the centres. Firstly, K in Kortrijk was honoured for its Baba Yega event in January. This event saw the dance formation, which won Belgian televisions Belgiums got Talent show, attract over 7,000 visitors into the centre for a show. This is more than just a gimmick, however, but a response to a current trend in shopping habits, as Alien Decock of the centres management team, points out: We are always on the look-out for new ways to attract young people, who are tending to shop on-line.

The other award to come Belgiums way went to the small Pieter van Aelst centre in Alost for its attempts to solve the problem of vacancy. Finding itself with an empty unit last summer, it installed a Fablab Fabrication Laboratory here. Visitors were able to experiment with 3D printers, scanners, laser cutters and even robots.

Both of these shopping centres are managed by the Hugo Ceusters SCMS group, whose Hans Van Laer speaks of his pride in being recognised at international level.