You are here : HOME > NEWS > 'Gastronomia' consortium named for Seraing 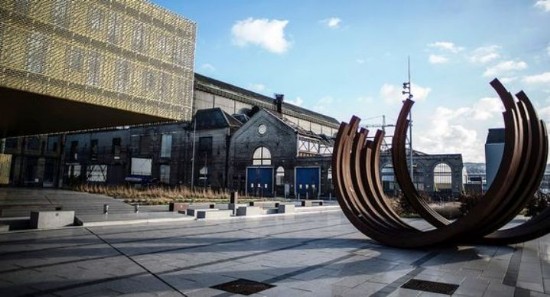 The presence of substantial and welcoming food halls in shopping centres is now recognised as being a major factor in attracting both retailers and customers. Recently, the phenomenon has been spreading out of these centres right into the heart of our cities.

The latest in line is set to be in Seraing, a city undergoing a major transformation. The city in fact established a Masterplan some 15 years ago, and it has now revealed details of its own vast food hall, named Gastronomia. It is to be developed by Thomas & Piron, Willemen, I-Magix cinemas, Ghelen Immo and Dyls Construct in a temporary association called Gastronomia Vision.

The food hall will be located in the former industrial halls of John Cockerill (ex CMI) alongside the new urban boulevard. This news presents an opportunity to understand how Seraing is setting out to regenerate its centre, and how the ancient and the modern play a part in this, especially where John Cockerill is concerned. The most visible new buildings, inaugurated just a few years ago, are the citys own administrative centre and the adjacent Orangerie, the headquarters of John Cockerill with their distinctive moucharaby gold coloured pierced metal cladding. But just behind the Orangerie is the Seraing Chateau, also part of the John Cockerill headquarters, and constituting the ancient part of the rehabilitation. This chateau was indeed bought by John Cockerill himself from William of Orange in 1817, and has been the headquarters of the company ever since!