You are here : HOME > NEWS > Charleroi station district to be transformed

Charleroi station district to be transformed 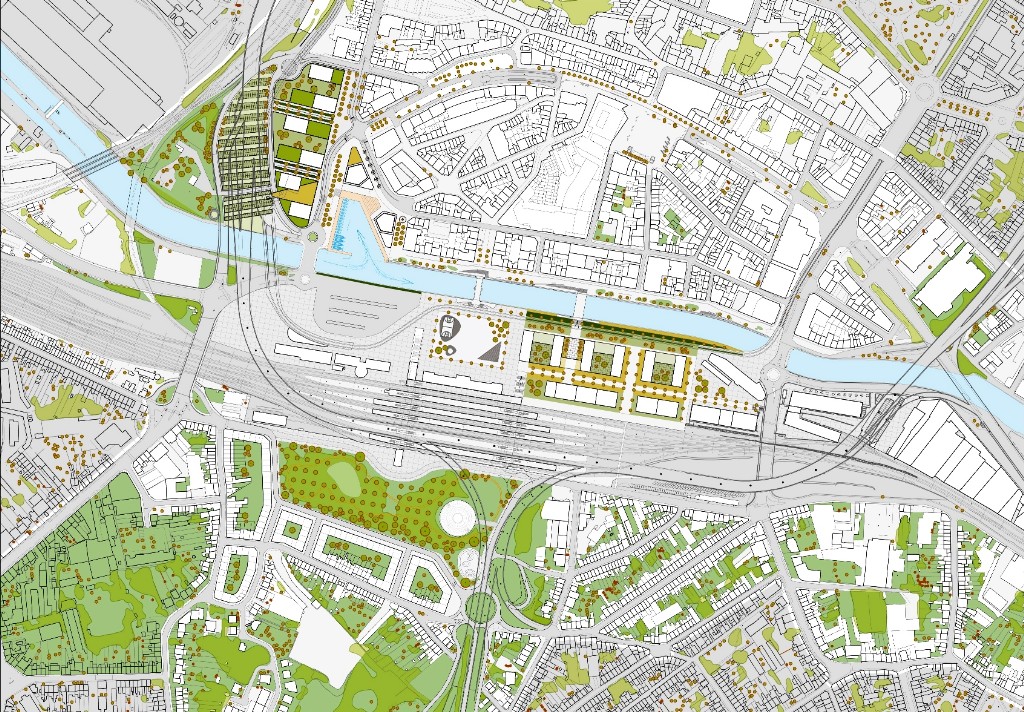 A certain amount of updated information has been given about the refurbishment of the area in front of Charleroi station. This will involve a zone eventually to become 100% pedestrian, along with the platforms, the bus station and the metro.
In charge of the masterplan, MSA Architects say that the refurbishment plan will upgrade the Place Albert I, which will become an urban area in its own right, and not simply be defined by the buildings which are to be found around it. The circulation routes and layout of the ground and the urban furniture will play a part in this. The new layout will involve the whole of the square from façade to facade, with large rectangular concrete features in the centre.
Distinct circulation routes will be provided in a north-south direction (between the Rue de la Montagne and the Rue Puissant) and in an east-west direction (Boulevard Tirou). The very centre of the forecourt will be left free for a variety of uses and events.

To the south of the station, just behind the rails, the La Villette district is to be totally transformed. And within the station itself, the lower level galleries and the entrances will further reinforce the link between the lower town and Marcinelle. Along with all this, the car park will be surrounded by trees and greenery, and will gradually turn into a park as the trees mature.

All of this is part of a wider masterplan for the city of Charleroi, which includes, among others, the Left Side Business Park and the Marina.