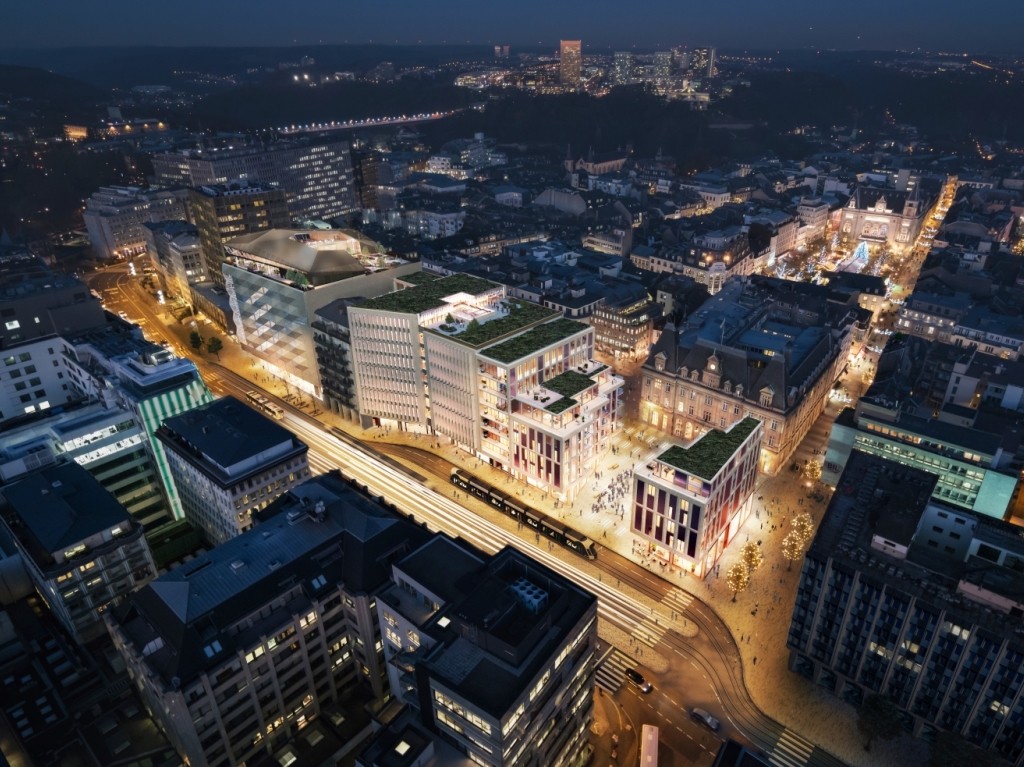 Real estate advisor CBRE has analysed the Luxembourg office market and looked forward to what 2020 might hold. It starts by saying that activity in the 4th quarter recorded a very positive 101,800 m² of take-up, bringing the annual total to 267,100 m². A robust pipeline of 4th quarter completions contributed significantly to the take-up figures. There were four deals of 10,000 m² or more in the final quarter, including Ferreros move to their new Airport district HQ of 29,500 m². This is the second best year ever on record and the 6th consecutive year of +200,000 m² take-up.Ferreros was not the only major deal in the Airport market. The Luxembourg State (Police) took the entire Findel Business Center B (14,000 m²), already occupying building A next door.

In the CBD, Silver Holding moved to the much anticipated Royal Hamilius (10,413 m²) building. This was the largest CBD transaction in more than a decade. And finally, the European Parliament took 10,000 m² of new space in the KAD 2 extension in Kirchberg before the end of the year. This was the first European transaction since 2017. The remainder of the 158,000 m² or so will be completed in 2020, already laying the foundations for another great year.

As a result of strong demand and limited completions with availabilities, vacancy fell to an extremely low 3.4%. Major market districts changed little over the previous quarter and maintained very limited availabilities (CBD, Kirchberg, Station, Cloche dOr) + Limpertsberg. There was a slight increase in the Airport district as a result of Ferreros move to the new HQ.

Moving on to the investment market, 4th quarter investment of 837 million brought the annual total to the highest post-crises volume of 2.238 billion. Large, core office assets are particularly attractive to international investors seeking capital preservation. Luxembourgs investment market continues to be the target of significant and increasing international capital. And the 2019 total is the highest annual figure in the post-crisis era.

Large volume deals of 200 million, says CBRE, have now become commonplace in the Luxembourg market. Kildare Partners 390 million acquisition of Helios (70,000 m²) in Q4 as well as the sale of an office and hotel portfolio to Batipart for an estimated 400 million+ are another example of this trend.
Realestate
Tim Harrup
13-05-2020