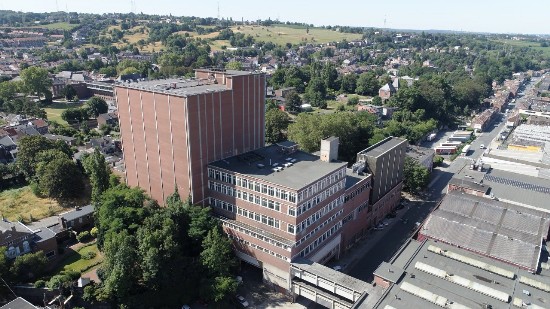 The former Inbev industrial brewery buildings at Jupille (Liège) have now had their new destiny decided upon. The complex has been bought by the Promactif group of Christophe Nihon, and will be converted into a mixed use development to include residential accommodation, offices and shops. As part of the conversion, however, the familiar 60 metre chimney will be conserved. The former gatehouse, filtration, bottling, packaging and storage buildings, along with the former brewing hall with its vast copper vats, are all involved in this conversion.

Designed by Altiplan architects, the new city district will be named Lift-ô-Loft. It will be one of a number of initiatives designed to rehabilitate this somewhat run-down area along the banks of the river on the northern edge of Liège not fat from the motorway complex. The usual administrative procedures and public consultations will take pl ace before any construction can begin.

Promactif is a private group based in Oreye in the Liège region, and as such does not publish full financial figures. Christophe Nihon is a well known figure in the real estate domain in the region, particularly through his agency Immoquest.
Realestate
Tim Harrup
03-03-2020