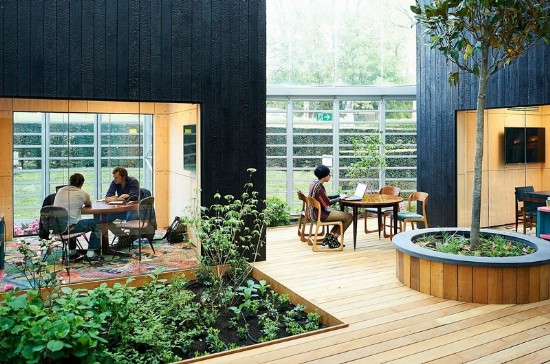 The spectacular rise in co-working space over recent years is not about to end. This rise may be seen as a further illustration of the move away from ownership to usage, a trend which is particularly evident for example in the automotive world, where consumers (and companies) are increasingly turning to car-pooling, car-sharing and other forms of having the use of a car, rather than simply owning one as in the past.

In the real estate world, the emergence of so much shared office space is the subject of a new report by real estate advisor JLL. The report, Disruption or Distraction, investigates the flexible office space sector and the challenges and opportunities it presents for companies, real estate investors and developers It finds that over 7 million m² of stock is set to be added in Europe by 2023, pushing the total market size to 10 million m². And the market share of flexible space in central business districts likely to exceed 15% in the next five years.

JLLs research looks into the main drivers of the sectors boom  including evolutionary changes in how, when and where people work, shifts in lifestyle, and rapid advancements in technology.

Barriers and benefits
Barriers to flex space adoption, says JLL, include concerns around brand dilution, cost, security and confidentiality. But similar risks are associated with non-adoption, around staff retention and attraction, as well as being perceived as stale.
With over 700 flex space providers in the industry worldwide, consolidation is inevitable and an economic downturn would accelerate this process. The well-capitalised and experienced providers with geographical diversification will flourish, as well as innovative and niche operators providing a next-generation offer.
Investors who need to balance the need for stable long-term income with occupiers seeking flexibility face a number of challenges, from understanding how flexible space will impact asset valuations and market transparency, to the effect on supply and demand dynamics, lease lengths and yields.

Brussels catching up
Pierre-Paul Verelst, Head of Research BeLux, JLL, comments: Flex is definitely the biggest event on the Brussels office market this year. International and local players are expanding fast and almost all new projects have flex space included, some of the biggest Belgian landlords like Befimmo, Cofinimmo, and Leasinvest to name but a few have even their own initiative. The rate of adoption by corporates is maybe slower than in other markets but, as in many situations, Belgium and Brussels more specifically eventually join the global trends with a few years delay. In transaction terms, the level of 50,000 m² has already been reached this year, which represents almost 20% of take-up year-to-date.

Remaining in Brussels and Belgium, along with traditional operator Regus and a several of others, Silversquare is expanding through its collaboration with Befimmo, and by the end of the year Spaces will announce a number of new openings.
Realestate
Tim Harrup
16-11-2018