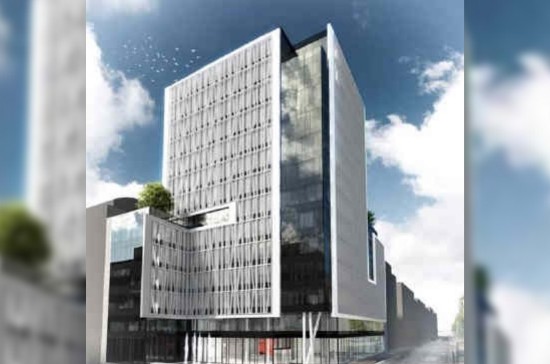 Alides Properties is scheduling a new office building of 13 floors named Copernicus in the heart of the European district. On the corner of the Rue de la Loi and Rue de la Science, the building consists of 13,000 m² of offices and 12 apartments. This sustainable building with Breeam Excellent certification, a green roof, an inner garden and triple glazing offers flexible office space and also has direct access to the Loi public car park.

Scheduled for the middle of 2020, the building in many ways epitomises what the Brussels Capital region is trying to achieve with its PUL or Projet Urbain Loi. Not only does it include both office space and residential accommodation within the same complex, but it is set back from the road in order to break up the concrete block character of this district. Along with its inner garden, it also features a terrace. A 78-space bicycle park alongside the 69 car-parking spaces represents another aspect of the humanisation of the European district.

Architects LD2 have also included the almost compulsory energy efficiency features, limiting consumption and helping to achieve Copernicus impressive BREEAM rating. The availability of public transport in this district  metro, train and bus  is another advantage.