You are here : HOME > NEWS > End of the road for Uplace

End of the road for UPLACE? 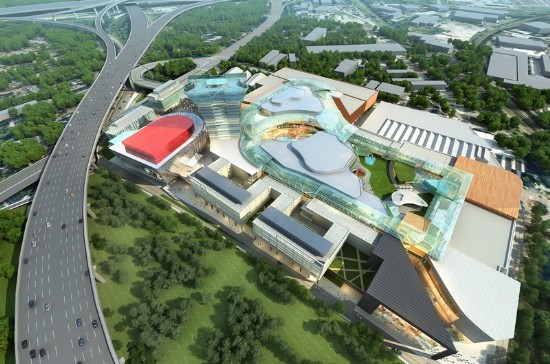 What is being described as a fatal blow for the Uplace project at Machelen alongside the Brussels Ring, was dealt a few days ago. The Flemish administration has annulled the planning permit for the complex.

The Uplace project has been controversial since its inception, and has been the subject of appeals and counter-appeals, permits granted and then cancelled its proximity to the (also controversial) Neo project on the Heysel plateau, has also been a subject of contention.

The latest blow, which may indeed signal the final end of Uplace, comes as a result of objections from three associations: Greenpeace, Bond Beer Leefmilieu and Bral. In a communiqué released by these, they say: The definitive fatal blow dealt to this retrograde project is very good news. We have been opposed to Uplace from the outset. A large shopping centre in a location which is only accessible by car is irreconcilable with the challenges in the domains of air pollution, climate, traffic and land use.

It is certainly true that the question of access  with a new exit from the Ring having been evoked  has always weighed heavily on this project. It is pertinent to point out that car use is being discouraged in general terms, and that the lack of public transport is therefore not in favour of Uplace. This is in contrast to the most recent shopping centre to open in Brussels  Docks Bruxsel  which is served by two tram lines outside the door. Neo already benefits from a tram and metro service

Uplace would of course be located not in the Brussels Region, but on its doorstep in Brabant flamand. In their communiqué, the three associations also speak of a lack of vision on the part of the Flemish government.